Trademarks obtained improperly or abandoned may be canceled. Trademark cancellation may be very effective in dealing with claims of trademark infringement.

Online filing of TTAB submissions is available via the TTAB’s ESTTA (Electronic System for Trademark Trials and Appeals) portal: http://estta.uspto.gov/

In addition to non-use, the most frequently raised grounds for cancellation are as follows:

Fraudulent trademark registrations:  A petitioner may allege that the trademark registrant “respondent” knowingly made a false material representation to the USPTO in order to obtain registration of its trademark for the identified goods. TTAB case law shows that the TTAB takes a hard line with respect to use allegations in applications, statements of use, and post-registration filings. See, e.g., Standard Knitting Ltd. v. Toyota Jidosha K.K., 77 U.S.P.Q.2d 1917
(T.T.A.B. 2006)

Neuro Vasx, Inc. filed a trademark application based on intent to use NEUROVASX for “medical devices, namely, neurological stents and catheters,” in application 75/326,112. After receiving the Notice of Allowance and filing two extension of time to file a statement of use, Neuro Vasx filed a statement of use claiming use on all of the goods in its application. The Notice of Allowance included stents and catheters, both of which are medical devices.

Medinol filed a petition for cancellation of the ‘883 Registration, alleging that at the time respondent submitted its statement of use to the United States Patent and Trademark Office (“USPTO” or “office”), it had not used the mark on or in connection with stents, and indeed has not done so since. Petitioner alleged that the ‘883 Registration was procured by respondent’s knowingly false or fraudulent statements, and that “said false statements were made with the intent to induce authorized agents of the PTO to grant said registration, and reasonably relying upon the truth of said false statements, the PTO did, in fact, grant said registration to Registrant.”

The petitioner claimed that fraud in procuring a registration taints the entire registration. If it were otherwise, applicants would have little incentive to tell the truth; if caught in their misstatements, they could merely delete any unused goods, but would end up with no less than what they were entitled to claim in the first place, with no adverse consequences.

Read: Can Fraud Be Avoided by Correcting a False Statement Prior to Publication  http://home.comcast.net/~jlw28129/Fraud_apr07.pdf 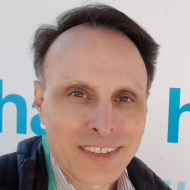