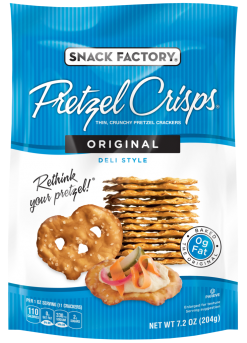 A generic trademark merely describes the goods or services.

Can You Register a Generic Trademark?

Yes, a generic trademark that has some distinctiveness, and has been used in interstate commerce, may be registered on the Supplemental Register.

If a someone opts to register a generic trademark on the Supplemental Register; such a registration is not prima facie evidence of the validity of the registered mark.

How Do You Determine Whether a Trademark is Generic?

If a trademark is just a single word in standard characters, and the word describes an ingredient, quality, characteristic, function, feature, purpose or use of the relevant goods or services, then it is generic.

An Examining Attorney refused to register the term PROBIOTIC as a trademark trademark for use in connection with fertilizer products. TTAB ruled that “the relevant consumers are going to understand PROBIOTIC as the genus of goods, namely a fertilizer utilizing probiotic technology.” In re Milo Shammas, No. 77758863 at 13, 2012 WL 5493559 (T.T.A.B. Oct. 25, 2012)

Shammas sued in the US District Court, E.D. VIRGINIA, ALEXANDRIA DIVISION. CASE NO. 1:13–CV–1462. 2013-10-15. The court sustained the TTAB’s ruling in denying registration to Shammas because the ruling that the term PROBIOTIC is generic, and alternatively, lacks secondary meaning was supported by substantial evidence. Shammas failed to timely submit substantial new evidence to refute the TTAB’s ruling; the court did not decide the matter de novo. Shammas v. Rea, 978 F.Supp.2d 599 (E.D. Va. 2013)

A finding of fact by the TTAB will not be “upset unless it is not supported by substantial evidence.” McCarthy on Trademark, § 21:21.

The relevant public’s perception is the primary consideration in determining whether a term is generic. In re Merrill Lynch, Pierce, Fenner & Smith, Inc., 828 F.2d 1567, 1569 (Fed. Cir. 1987) (“It is basic to the inquiry to determine whether members of the relevant public primarily use or understand the term to refer to the genus of goods or services.”). And, as noted, evidence of the public’s perception may be obtained from “any competent source, such as consumer surveys, dictionaries, newspapers and other publications.” Northland Aluminum, 777 F.2d at 1559.

Is PRETZEL CRISPS a brand name or a category name? 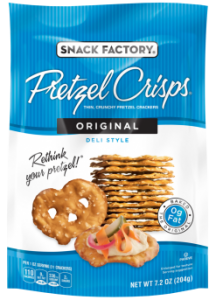 A bag of original pretzel crisps.

The TTAB “the Board” indicated that it considered the entire record, including the surveys, but gave “controlling weight to:

On this record, the Board found “PRETZEL CRISPS” is generic for “pretzel crackers.” Id. The Board explained that its conclusion would be the same if it had analyzed PRETZEL CRISPS as a phrase instead of a compound term, because “the words strung together as a unified phrase also create a meaning that we find to  be understood by the relevant public as generic for ‘pretzel crackers.’” Id.

Given the Board’s finding of genericness, it did not address whether the term PRETZEL CRISPS, when used in connection with pretzel crackers, has acquired distinctiveness. Id. at 1960 n.13.

On remand, the Board must consider evidence of the relevant public’s understanding of the term PRETZEL CRISPS in its entirety.