The HERTZ System, Inc. v. HERC Equipment Rentals is a case filed in March 2016 in the Federal Court of Canada.

This case underlines the reason why every business in Canada should seek to register the distinctive portion of their name as a trademark before they invest years in building their brand. This appears to be a case about a well-financed business adopting a name that is similar to an existing business that also happens to be one of their customers.

This case also exemplifies the inefficiency of the Canadian court system, if the above listed facts are not in dispute, because HERC Equipment Rentals has priority to the HERC trademark under the rule that the Supreme Court of Canada pronounced in Masterpiece Inc. v. Alavida Lifestyles Inc., 2011 SCC 27.

And this case gives another reason why businesses should oppose trademark applications for confusingly similar trademarks and trade names. CIPO advertised the HERC 360 & Design trademark on March 26, 2014. Opponents have 2 months to file a Statement of Opposition from the date that CIPO advertises a trademark. HERC Equipment rentals failed to oppose this application for registration. Now they are going through the expensive Federal Court of Canada cancellation process after they were sued for trademark infringement. The word HERC in HERC 360 & Design is the same as the trademark and confusingly similar to the trade name used by HERC Equipment Rentals.

It appears that HERC Equipment Rentals could have scored a quick victory if they had acted sooner, such as when they received a letter from Hertz System about their proposed name change in March 2014.

Maybe the owners of HERC Equipment Rentals were not sure about what to do and they were afraid of spending money unnecessarily. Litigation in the Federal Court is very expensive and there are very few lawyers who are good at it. And most lawyers don’t know anything about trademark oppositions.

This seems to be an open and shut case, as the saying goes, but court rules prevent litigants from splitting their case (or defense) and engaging in piecemeal litigation. Putting your best foot forward after discovery makes litigation expensive.

In the USA, piecemeal litigation is permitted in the form of a general interlocutory appeal exception, as codified in 28 U.S.C. § 1292(b), on a purely discretionary basis as described in 16 CHARLES ALAN WRIGHT ET AL., FEDERAL PRACTICE AND PROCEDURE, §3929, 430 (2d. ed. 1996). The discretionary approach provides a flexible, individualized approach and balancing of interests on a case-by-case basis. It allows for the selection of those cases worthy of immediate review in order to correct errors in the lower court or develop law, while allowing the court system to control the amount its of workload. Cummins v. EG&G Sealol Inc., 697 F. Supp. 64,  at 68 (stating that “the purpose of 1292(b) is to give the judiciary flexibility in ameliorating the sometimes harsh effects of the final judgment rule.”). 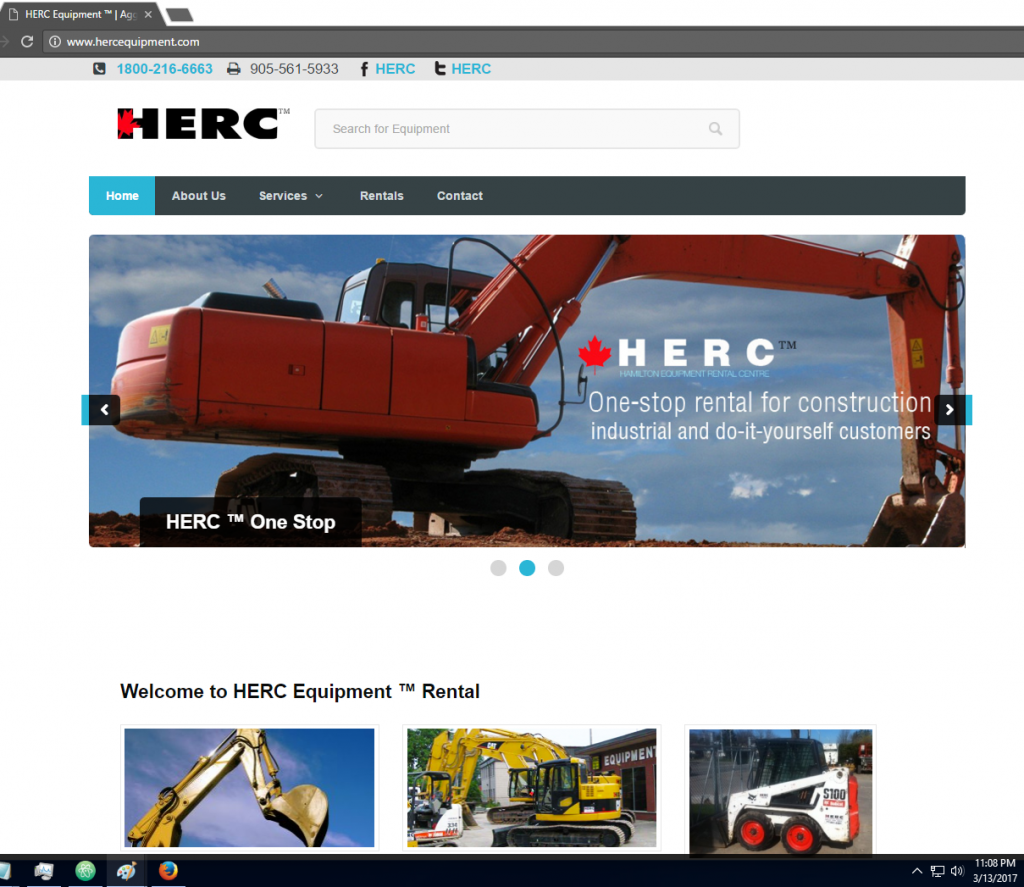 Motion for an interim or interlocutory injunction

In the first court motion, before Justice Russel W. Zinn on September 26, 2016, the Judge wrote:

The Defendant/Plaintiff by Counterclaim [HERC] moves against the Plaintiffs/ Defendants to Counterclaim [HERTZ] for … an interim and/or interlocutory injunction restraining the Plaintiffs…HERTZ is also seeking a declaration that HERC’s use in Hamilton and Mississauga of HERC [the HERC Trademark] in connection with the rental of equipment is confusing with and infringes the HERTZ Trademarks. … HERC filed its defence and launched a counterclaim against HERTZ. It seeks a declaration that it is the owner of the HERC Trademark as described in the Counterclaim and seeks an injunction preventing HERTZ using that mark. …

[5]               HERC operates a construction and industrial equipment rental business in Hamilton (the original location) and Mississauga.  The acronym HERC stands for Hamilton Equipment Rental Centre.  HERC presented evidence that it has used the word “HERC” to identify itself since 2000.

[6]               HERC and HERTZ have had business dealings for about 15 years, without objection by HERTZ to the use of HERC in the Defendant’s business name.  They have business operations close to each other on the same street.

[8]               By letter from its solicitors dated November 11, 2014, HERC indicated that it intended to oppose and/or seek the expungement of the HERC 360 & Design Trademark.  It took no further action until after HERTZ commenced this action.

As a highly valued supplier of Hertz Equipment Rental Corporation, we want to advise you that as of June 10, 2016, we have changed our name in the United States to Herc Rentals Inc.

In Canada, we will continue to do business as Hertz Equipment Rental Corporation.  [emphasis added]

Test for an interim or interlocutory injunction

[13]           I am not persuaded that any urgency exists that would warrant granting this interim injunction even if HERC had persuaded me (and it has not) that it met the tri-partite test for the issuance of an injunction.

[13]           I am not persuaded that any urgency exists that would warrant granting this interim injunction even if HERC had persuaded me (and it has not) that it met the tri-partite test for the issuance of an injunction.

[14]           HERC submits that this is a blatant case of HERTZ adopting the Herc name while knowing of its use by the Defendant.  It says that both parties supply the same goods and services, to the same customers, in the same market, and that “mass confusion is inevitable.”

[15]           I note that there is very little direct evidence of confusion provided by HERC notwithstanding the adoption of the Herc name by the Plaintiffs has been known for many months.  I further note that there is no evidence of even one lost sale or rental as a result.  Most importantly, the letter from HERTZ advising that the Herc name will be used by it only in the United States of America and not Canada, strongly supports that confusion in Canada is unlikely.

[16]           I am also not persuaded that HERC has shown that it will suffer irreparable harm if an injunction is not granted.  Evidence of harm must be clear and not speculative, and it must be harm that cannot be quantified in monetary terms or which cannot be cured.  HERC asks the Court to infer irreparable harm to its goodwill and reputation from the actions of HERTZ.  I am unable to do so; particularly in light of the evidence that HERTZ will not be identifying itself as Herc in Canada.  For the same reason, I am unable to find that the possibility of loss is other than mere speculation and conjecture.

[17]           I am also not persuaded that the balance of convenience rests with HERC given its dilatory conduct.  I agree with the submission made by HERTZ that those who seek an interim injunctive remedy must act promptly.  HERC has known of the issue with HERTZ adopting the Herc name for many months and did nothing until this action was commenced.