Can You Trademark the Swiss Flag Symbol? 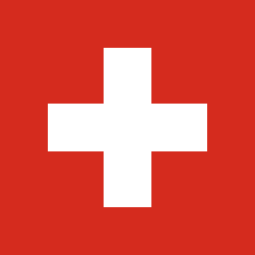 9 (1) No person shall adopt in connection with a business, as a trade-mark or otherwise, any mark consisting of, or so nearly resembling as to be likely to be mistaken for,

(f) the emblem of the Red Cross on a white ground, formed by reversing the federal colours of Switzerland and retained by the Geneva Convention for the Protection of War Victims of 1949 as the emblem and distinctive sign of the Medical Service of armed forces and used by the Canadian Red Cross Society, or the expression “Red Cross” or “Geneva Cross”;

(i.2) any national flag of a country of the Union;

(b) whether depicted, written or sounded, either clearly descriptive or deceptively misdescriptive in the English or French language of the character or quality of the goods or services in association with which it is used or proposed to be used or of the conditions of or the persons employed in their production or of their place of origin;

(e) a mark of which the adoption is prohibited by section 9 or 10;

So you would think that the Swiss Flag symbol can’t be registered as a trademark in Canada.

However, there are registrations of marks that resemble the Swiss Flag symbol.

In an odd turn of events happened in a recent Federal Court of Canada decision, in